Hoot Fire & Security is installing a roll out of Panasonic security technology across the majority of Hermes UK warehouses to improve parcel processing and maintain customer reputations.

“Overall, the system provides a really good solution from a health and safety perspective, and we have even won business due to the quality of our security systems which impresses our clients.”

Installing a roll out of Panasonic security technology across the majority of Hermes UK warehouses to improve parcel processing and maintain customer reputations
Hermes UK is one of the largest ecommerce logistics companies in Europe, handling over 330 million parcels in the UK alone. As a well-known brand on many individuals doorsteps, the seamless operation of their warehouses is the key to their success.
The ecommerce industry has seen rapid growth in recent years, with statistics showing that across the UK, 18% of all retail purchases are now being made online. This has created new opportunities for logistics hubs, with companies such as Hermes set to facilitate the relationship between global companies and their customers. In the past few years, this has resulted in Hermes expanding across 27 new depots, including the largest UK logistics hub located in Rugby.
The reputations of logistic companies are becoming increasingly important, with consumers expecting convenient services and fast delivery. One of the ways to improve logistic services is through the provision of a high quality security system.
John Ferguson, Head of Loss Prevention, Hermes, said “Across Hermes UK, the requirement for a new roll out of security cameras was in part due to its potential to mitigate theft, easily trace parcels, and put the health and safety of staff at the forefront of the operation. This can help improve Hermes reputation as a company and as an employer.”
This has resulted in Panasonic’s i-PRO Extreme range being implemented across 22 out of 27 Hermes warehouses, with future installations also set to take place.

Protecting the premises from the outside and inside

The entire roll out of end-to-end security systems across Hermes UK was undertaken by Hoot Fire & Security Ltd, a company with the specialist expertise and experience in delivering fire and security solutions particularly within the Logistics sector. One integration took place at a new warehouse in Hemel Hempstead, with the main requirement being security cameras which would provide as much CCTV coverage as possible, with high visibility and reliability.

“The total cost of ownership is a comfortable ten year cycle”

Chris Brown, Director, Hoot Fire & Security said, “When we were asked to provide a new security solution for the warehouse at the Hemel Hempstead site, we discussed Panasonic products due to the trust we have built with the company over a fifteen year partnership.
We knew that the products would work straight out of the box with a practically non-existent failure rate, unlike competitor products in operation at other sites which require a high number of call outs. The total cost of ownership for the end user is a comfortable ten year cycle, making the system a cost efficient investment for Hermes.” 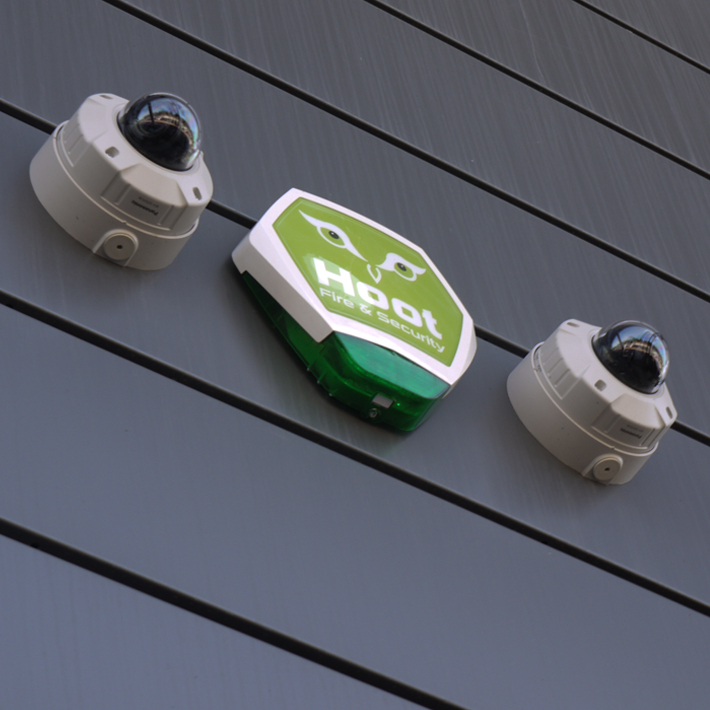 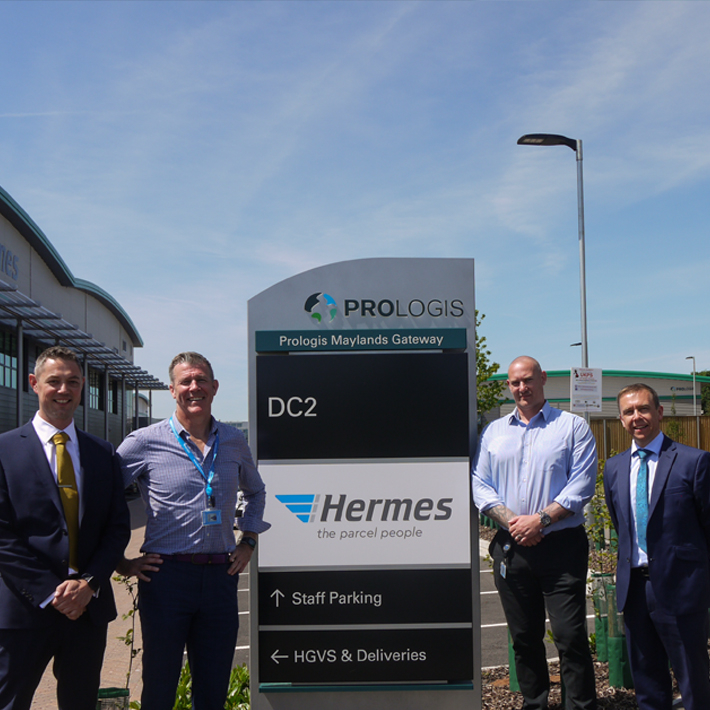 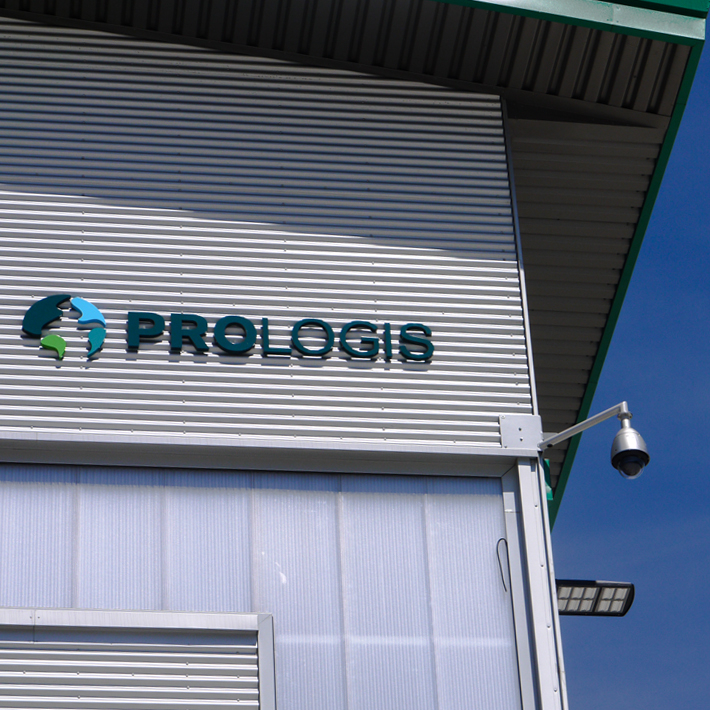 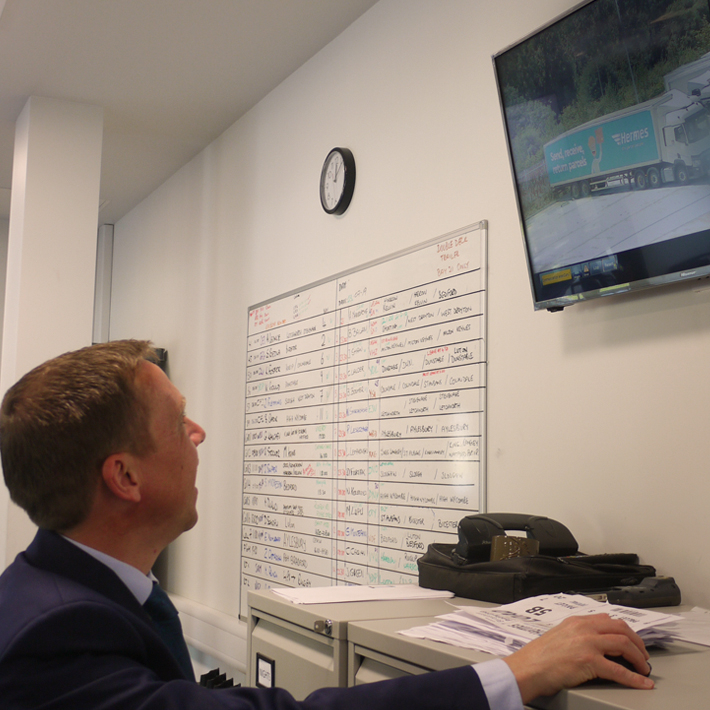 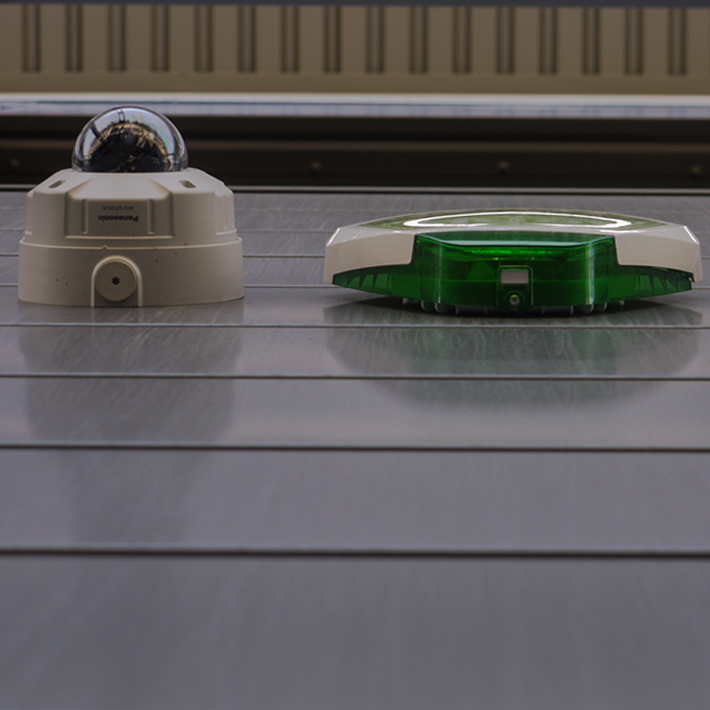 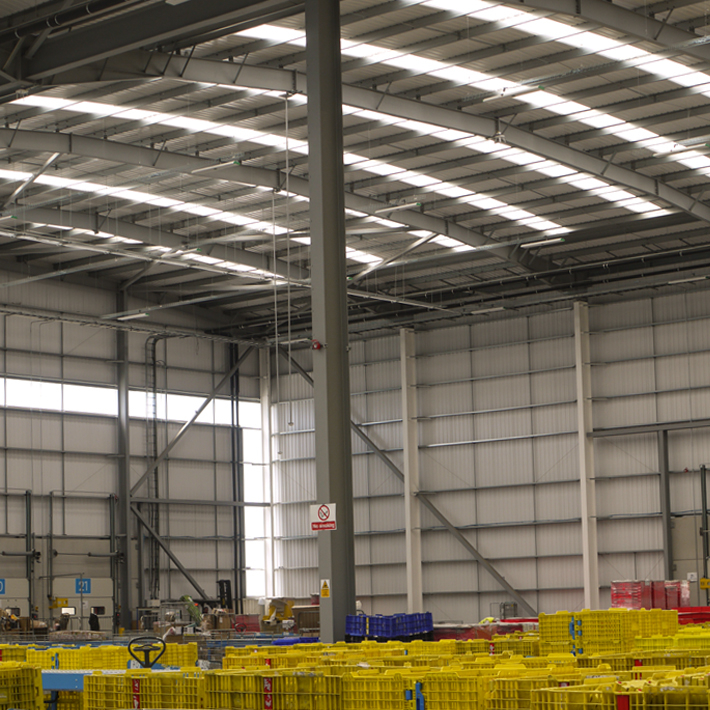 Download a pdf version of the Hermes Case Study

We are a specialist in Panasonic CCTV Systems, integrated platforms and experts in both loss prevention and health & safety solutions.

GET IN TOUCH
Hoot Fire & Security designed the security system to ring fence the warehouse from the outside with 15 HD weatherproof network cameras and 2 weatherproof PTZ dome cameras.
Chris Brown commented, “We chose the Panasonic HD network cameras and PTZ dome cameras due to the high visibility they provide both day and night. This is due to equipped infrared LED and night vision technology which makes it possible to view and record images in low light conditions.”
On the inside of the warehouse, sixteen 360 degree fish eye cameras were installed. Each camera provides a 360 degree view across a 30 meter circumference footprint of the warehouse, with individual footage overlapping to ensure full coverage of the warehouse.
Chris Brown said, “The 360 view cameras have really enhanced the visibility of warehouse operation due to the quality of the images and the installation design which eliminates any blind spots. In addition the constant live view and recording of the full 360 degree area allows us to see all events 24/7”
John Ferguson added, “The cameras 360 degree view also improved the flexibility of the warehouse. Depending on the time of day and the time of year, we can sometimes move equipment around, which would have previously required the cameras to move alongside it. This costs time and money, but with the new birds eye view we have the peace of mind that the CCTV has us covered.”
Another benefit of the CCTV cameras is H.265 video compression technology which reduces the amount of data stored over the network and the overall cost of the system.

All security cameras are linked to Panasonic’s CCTV recorder and software management system at the individual site, and are further linked to a master control room based at the Rugby warehouse. At the Rugby warehouse, security personnel operate the control room on a 24/7 basis.
To improve the efficiency of monitoring at Hemel Hempstead, Panasonic’s security cameras are integrated with third party motion detection technology on the outside perimeter of the warehouse. This technology can detect when movement is taking place and will be triggered if this occurs outside of the expected working hours.
The camera image would then reposition itself in the direction of the movement to ensure full visibility for the security personnel watching the camera images live. In addition, an alert would be raised on the individual camera to ensure attention is drawn to the potential risk. If any action is required, security can then warn the individual depot or contact the police.

Due to the quality of the system which mitigates risk in real time, the warehouse is better placed to reduce the impact of theft and missing parcels.
John Ferguson said, “Across all the sites where Panasonic’s security cameras have been installed, we have seen a reduction in the amount of theft taking place. This is largely due to the fact they act as a deterrent, but also because we can use the CCTV footage as evidence if a theft does occur. For instance, we have had a few occasions around Christmas time where we have questioned individuals who have admitted to theft because of the evidence that the footage provided. This improves our company reputation, as we can eliminate missing stock and deliver even more parcels on time.”

Another way to reduce the impact of missing parcels is through tracking a parcels journey. By tracking the unique parcel barcode, managers at the Hemel Hempstead warehouse can see whether a parcel originally arrived at the warehouse depot.
If the parcel did arrive, they can then utilise the barcode information to see when this took place, and easily track the parcel journey on the CCTV footage. They can also use the information to discuss the issue of the missing parcel with any staff members present at the time. John Ferguson commented, “Using the CCTV cameras to trace missing parcels reduces the number and cost of unsolved claims at the Hemel Hempstead warehouse.”

On a daily basis, the CCTV cameras also perform as a health and safety measure. A number of regulations have been put in place to ensure staff are capable of fulfilling their jobs safely, including advice on the correct clothing and the correct operation of equipment. If disobedience to safety regulations is detected, the security personnel at Rugby are better placed to warn the managers on the site to resolve any hazards in real time. In addition, the footage can be used as evidence, if any claim arises that was due to the misuse of regulations.
John added, “Ultimately, this has become a daily use for the CCTV cameras. For example, we have been warned if individuals have failed to wear the correct footwear and high vis jackets, or have misused the fork lifts or belt system. We have then responded to the hazards by reminding them of our regulations, or potentially removing them from site.”

John concluded, “Overall, the system provides a really good solution from a health and safety perspective, and we have even won business due to the quality of our security systems which impresses our clients. This is as good as it gets for a depot and if we can roll Panasonic cameras out across the entire estate I will be a very happy person.”

What our customers are saying about us

We welcome your feedback, please get in touch

“Hoot install and maintain the security equipment across our national portfolio of 350 buildings, including retail, manufacturing, warehousing and distribution. They have provided us with a responsive and cost effective service and I would be pleased to recommend them.”

“Overall, the system provides a really good solution from a health and safety perspective, and we have even won business due to the quality of our security systems which impresses our clients. This is as good as it gets for a depot and if we can roll Panasonic cameras out across the entire estate I will be a very happy person.”

“The work has been to a high standard with the engineers working with us to understand our requirements. Periodic maintenance has been carried out efficiently with minimal disruption to the business. Hoot Fire & Security are a professional and competent organisation who understand our needs and requirements.”

Facilities and Operations support Manager at Historic Building and Estate
"Hoot Fire and Security Ltd. have provided services to Ashfield District Council covering the installation, servicing, maintenance and monitoring of fire and intruder alarms."
"As well as being proud of the fact that Hoot Fire & Security Ltd is a local company, with a UK wide customer base, Ashfield District Council considers Hoot to be an excellent contractor, meeting all our expectations and willing to go the extra mile. Hoot have demonstrated themselves to be knowledgeable, professional, friendly, reliable, and flexible, able to deliver a high quality service to the prescribed timescales."
Deputy Chief Executive, Ashfield District Council